Courant is excited to announce some more news after our big rebranding that you followed for the past year! Longtime employee, Nick Lauve, has joined Darrin Piotrowski as a part owner of Courant. The good news is that this move helps to ensure that Courant’s clients will continue to enjoy the highest quality of professional IT services long into the future.

Nick was one of Darrin’s first hires going back to 1999, a mere two years after Darrin founded Rent-A-Nerd, Inc. (which of course is now Courant). At the time, Nick, a New Orleans native, was still in high school and looking for a part-time job. And Darrin needed technicians, as his computer repair business was booming.

Back in those days, everyone in the office wore lots of hats; they greeted customers, built computers, troubleshot internet issues, did on-site repairs at homes and offices. You name it. Nick fondly recalls being so busy that he, Darrin, and another tech would order pizza, blast music, and knock out their work tickets into the night. As he describes it, “It’s tempting to look back on that time and think ‘what a mess!,’ but that hustle and work ethic was what kept me around and ended up being the foundation that Darrin has built a sustainable business upon.”

Over time, the techs settled into more defined roles. Nick went from building computers to a technician, to account management, then senior engineer, CIO, and now part owner. In that time, the world of technology has mightily changed. Remember that when Nick started his career with Courant, cell phones were not smart, IPods weren’t even a thing, and internet was dial-up! And while their job titles are official, as Nick describes, “I still get to function as a tech; I stay involved in sales; and I still answer the phone (so does Darrin!).”

Courant as a business also evolved. In 2013, Darrin participated in the Goldman Sachs 10,000 Small Businesses program. This four-month, intense course pushed him to create a sustainable and well-crafted business growth plan. With a clear vision now in writing, Darrin began implementing new policies and focusing his efforts. He was learning how to work on his business rather than for it. In the process, he began running ideas by Nick. Nick enjoyed brainstorming, which lead him to think about his future with the company.

Darrin recalls speaking with Nick at a vendor blow-out bash in 2019. They were chatting over drinks after a day of presentations. Nick brought up the idea of being partners. As it turned out, Darrin had already talked to an attorney about some of the logistics of such an arrangement.

And then it was 2020. All hands were on deck at Courant to make sure that clients were assisted during this period of change. Many transitioned to work-from-home structures. Some businesses grew while others evolved altogether.

During this time, Darrin and Nick met weekly to discuss the inner operations of the business and how they would combine their talents. Darrin says, “Nick is much better at looking at the details, whereas I am better with the big picture. I am generally good with ideas, but sometimes I don’t always implement or integrate them properly within the business. This is where Nick excels.” This dynamic really helps to explain why Courant is considered the premium MSP (managed service provider) in New Orleans.

Nick, his wife Meghan, and their son Henry live in Mandeville, where she is a school teacher. This move has reinforced Courant’s support on the North Shore. And this partnership between Darrin and Nick give Courant’s clients the confidence that the high level of service they receive will continue long into the future. 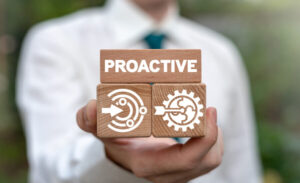 Be Proactive So Your Business Technology Doesn’t Fall Behind

Staying current with technology relevant to your organization takes time, effort, and money. Partnering with a dependable MSP is your cost-effective solution. 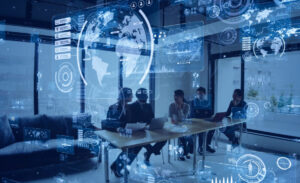 The Impact of Technology on Business Growth

Information technology has advanced tremendously in the last couple of decades. This growth has led to countless innovations in different areas, particularly in our businesses. 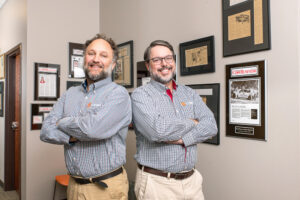 Courant is excited to announce some more news after our big rebranding that you followed for the past year! Longtime employee, Nick Lauve, has joined 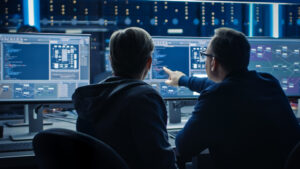 Your Internal IT Support vs a Managed Service Provider

We offer several factors to consider when determining what level of IT support is right for your business.

CONTINUE TO COURANT
LEARN ABOUT OUR REBRAND